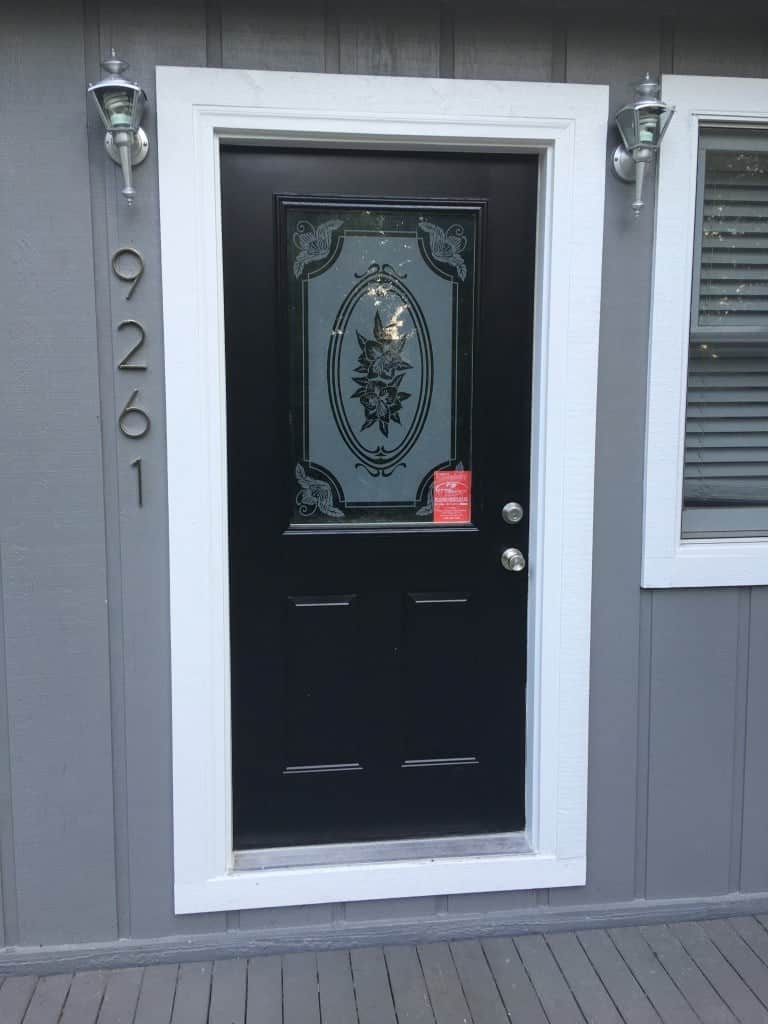 I don’t know about you, but my fiancé and I don’t have a ton of extra money to throw around. But, we didn’t let that stop us from making a few simple changes to improve the curb appeal of our home! We are planning on putting it up for sale soon, and the first thing potential buyers will see is the outside of your home!

We moved in a few years back, the previous owners were an older couple who seemingly had not been interested in any updating. So, my fiancé and I spent a majority of our time, and money updating the inside of our home, which needed the most amount of work. In late spring of this year my fiancé and I were tired of not loving the way our house looked on the outside, as we have grown very fond of the inside.

After a few discussions we decided to invest in some curb appeal! We didn’t have a ton of money to go crazy with; in fact…we were probably on a tighter budget than ever before as my fiancé was in the process of switching jobs. What types of things could we do to enhance the outside of our home without it costing us an arm and a leg? PAINT! We decided that we were going to paint our deck, paint our front door, repaint our lighting fixtures, and a dd some new, updated house numbers to wrap it up!

The Paint for the deck was probably the most expensive part. We felt we needed to invest is high quality, durable paint for the deck in which people will walk on for years to come. The first thing we did was power-wash the deck, it helped wash away some of the old paint that was on there, and provide a clean surface for us to paint. We used a heavy-duty elastomeric coating for out deck, mainly because it is very weathered and we did not want to replace at this time.. We chose a darker gray to match our home (we plan on putting up white railing in the future). It only took us about two coats of deck paint and half a day to get the job done.

Our next task was the front door, which probably made the most difference! It started out as a cream or dingy white color…it was hard to tell the difference. We decided that black was a sleek color that would accommodate most tastes. We had to rough the door just a bit, and then prime it. Once the primer had dried we applied two coats of black paint, and there you have it, a brand new looking door. This was a relatively cheap project as we really only needed like ¼ of a gallon of paint.

Our light fixtures were a mess to say the least. We believe they were originally a gold color, but now were nothing close to gold. After looking into light fixtures at local home improvement stores we quickly came to the conclusion that, painting our existing fixtures would save us about $100. So, on we went. We detached the fixtures from the wall, scuffed/sanded them down, and then rinsed the fixtures with water. After drying we grabbed a couple cans of white and silver spray paint and started spraying. We did 2 coats of white on all the light fixture parts. This helped the silver show up the best. After the white paint dried we sprayed two coats of silver. The fixtures were done and ready to be rehung the very next day. It was probably one of the easiest projects we have done. The last piece to our curb appeal update was to find nice house numbers to put up. One (not so quick) trip to the home improvement store later, and we had found the house numbers my fiancés heart desired. They were sleek and modern looking. We nailed the numbers up, and there it was. Our fresh, updated home.

5 Tips for Designing the Finished Basement of Your Dreams